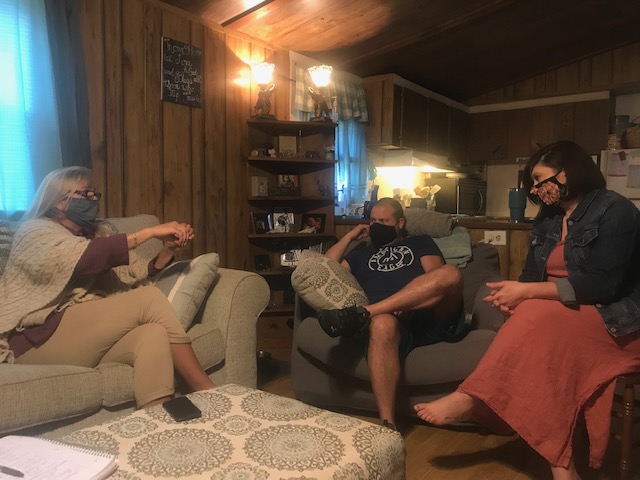 Kristen, a mother of two young boys, refers to the evening of July 13, 2019 as the worst night of her life. After a busy week at a new job, with her husband working the late shift and their eldest at a sleepover with a family member, Kristen dozed on the couch that Saturday evening with her two-year-old. When she awoke, her adventurous son was nowhere to be found and a panicked search began. While hunting outside, Kristen flagged down a passing police car and learned that her little boy was safe and in DSS custody. The child had let himself out while his mom was asleep, and a concerned neighbor called 911 after finding him alone in his yard.

A neglect case was soon filed, and Kristen and Matt’s 2 and 5-year-old sons were removed from their home. Kristen had heard about The SPARC Foundation's work with families (though she’d never imagined it would be something of interest to her own) and she asked their DSS caseworker if they could speak to someone from the organization. SPARC Clinician, Carrie Menke, met with Kristen and the boys’ father, Matt. “I remember Carrie explaining that part of SPARC’s mission was to keep kids out of the system, out of Foster Care, and safe at home with their families,” Matt says. “She asked us if we were willing to be 100% upfront and honest and she said that she wouldn’t be sugarcoating anything. We agreed and started meeting with Carrie and Missie,” [SPARC Peer Support Specialist] he explains.

Kristen and Matt say they have learned a lot during their time in SPARC's Family Centered Treatment - Recovery (FCT-R) program - about themselves, as individuals and together as co-parents. Kristen explains, “We don’t hold anything back. I feel comfortable with Carrie. She requires us to be accountable, but there’s never any shame, pointing fingers or blame. It feels like our family has a partner through the worst and hardest thing we’ve ever been through in our lives.”

The work in FCT-R usually lasts between 6-9 months. There are individual, couple and family sessions twice a week with a SPARC clinician, and as needed with a peer support specialist. Since Covid-19, those sessions have become a safe mix of face-to-face and virtual meetings.

In the program, Matt has chosen to address what he describes as an overuse of alcohol in his life. “I realized my drinking needed to stop... to have a better co-parenting relationship with Kristen and because I really didn’t want my boys to see me like that. They are getting older and can comprehend. I also took SPARC’s Strong Fathers class and it helped me look back and compare things to how I was raised. It was difficult growing up, there was verbal and physical abuse. I never want that for my kids.”

“It was clear from the beginning that this family brought a lot to the table,” explains SPARC Clinician, Carrie Menke. “In my early assessment, I could tell they were very present and engaged parents, that’s not always the case. A great foundation was already there,” she says.

As one of the final phases of the FCT-R program, families create a Giving Project as a way to give back to their community and do something meaningful for others. “A core value of SPARC is we believe giving back is more valuable and beneficial to you than receiving – no matter what your walk in life is, or when things don't look and feel good, every family has strengths and qualities to share and they’re just as worthy to give back as anybody else,” Carrie says. Kristen adds, “We wanted the boys as involved with the project as possible. Since they’re 3 and 6, we chose a project where they could go through their toys and make a Giving Box from the things they don’t play with anymore. We all did it together and the boys understood that what they were doing was going to make another child feel great.”

Individually in FCT-R, Kristen has focused on lessons about safe boundaries and relationships, how substance abuse and PTSD become intertwined, and on learning healthier ways to cope with her feelings. Kristen says, “I’ve become a more confident person and am trying to take better care of myself so that I can give more to my kids. I’ve learned that if your cup’s empty, you can’t give to anyone else. It is making me a better Mom.”

Matt admits that he had resisted counseling before this experience. “Kristen and I painfully learned what we could lose. We love our kids more than anything. I realized that I am responsible for someone else’s life, their lives, and I became willing to do whatever was needed to become the dad I want to be", he says.

Now, Matt regularly jots down his personal insights and the new choices and commitments he is making as a dad. He recently wrote, “Being a father has been the greatest opportunity to find myself within the service to someone else. It has made me a better person, a better leader, and a better human being. It has made me more compassionate, understanding, tolerant, loving and ultimately, it has made me more of a man than I could have ever hoped or dreamed of being. Being a father is not always easy, but it is in the most difficult things in life that we find out who we really are. It has given me resilience, grit, and has given me a sense of connection with another human being that I never thought was possible. I choose to pass down wisdom, not wounds!" 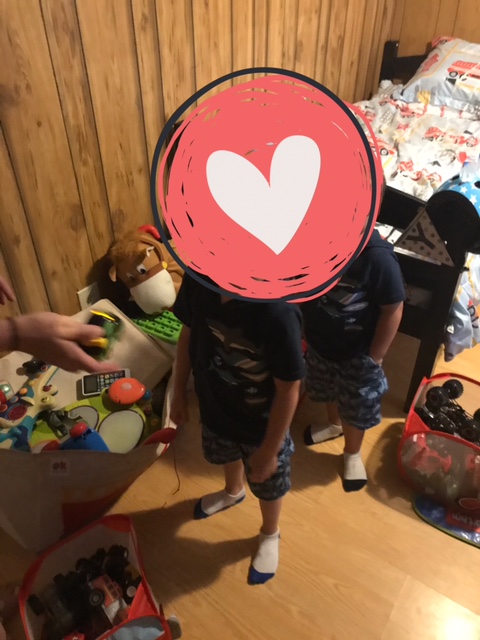 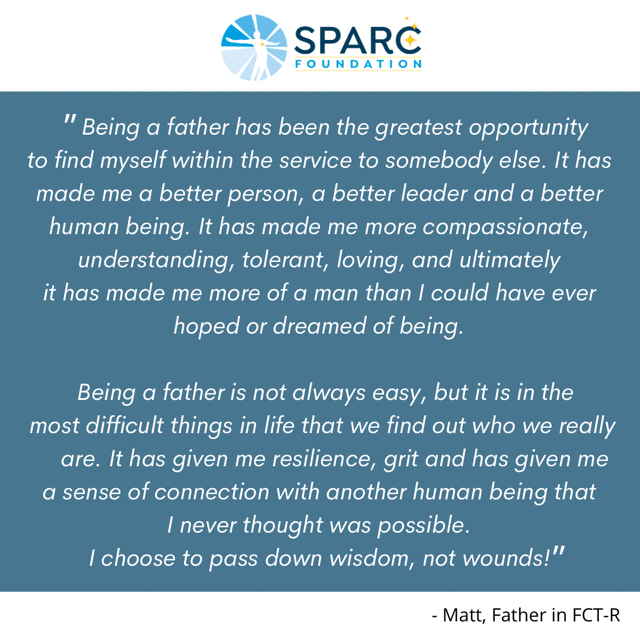