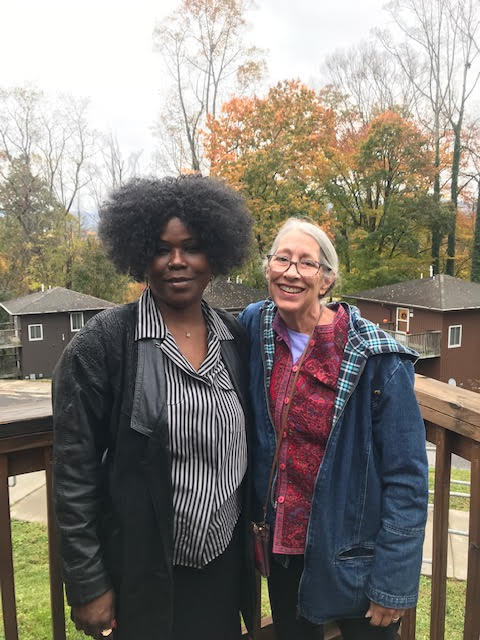 In 2021, Ernestine and Leslie moved into Klondyke Apartments - just a few doors, and a few weeks apart. For Leslie, 67, Klondyke is her first home in Asheville, after relocating from a lifetime in Raleigh, NC. This is also the first time she’s lived in a subsidized housing community. Ernestine, 53, has been in Asheville since 2013. Living in public housing developments has been a common occurrence in her life, including her childhood in Mobile, Alabama.

“I’ll admit, I was nervous moving in,” Leslie says. After a few weeks in her new place, she’d only met one person. Leslie’s sister came to visit, and she shared with her how isolating the new arrangement was beginning to feel. A retired Home Health Nurse, Leslie knew the toll isolation could take on a person. She also knew she wasn’t immune. Leslie explains, “When you suffer from poverty, your mental health issues -which everybody has- really come out, and when you’re isolated, they are not going to improve. That’s true for anyone.” It was a chance meeting on the sidewalk outside of her apartment that began to brighten Leslie’s outlook a bit. She recalls, “I was heading out the door with my sister and Ernestine came up and said, ‘Hi! I’m your new neighbor!’ My sister looked at me and said, ‘She’s perfect for you!’”

Ernestine remembers that first meeting too. She says she’s not quick to trust people anymore but still tries to make connections. “It’s nice to be able to have a neighbor you can borrow an egg from or help them with something. I feel that’s how we are supposed to be as a community. But I’m usually afraid, I don’t take in a lot of visitors”, she says. Some of Ernestine’s fears come from years of experiences in what she describes as “wild” environments. Others come from periods of depression and staggering grief. “I’m still trying to become attached to relationships here, but it’s been hard,” she reveals. During the 8 years she’s lived in Asheville, Ernestine has lost her mother, a sister and her 27 year old son.

Each longing for community and friendship, Ernestine and Leslie decided to go together to a bingo game they heard was happening in the Klondyke Community Center this summer. “That’s when we met Terrell,” Leslie says with a smile. Terrell Bailey works as a Community Engagement Partner within a unique, local program called the Violence Interrupters Street Team (VIST). With an eye on reducing violent crime, gun crimes in particular, Terrell and a team of specialized community professionals are providing a platform for people in long-troubled and under-cared-for neighborhoods to rebuild trust, experience healing and reclaim their communities. “I am so thankful for this opportunity,” says Terrell. “Tensions were pretty high earlier this year when I first came around Klondyke and Hillcrest trying to get people together. At first, either no one showed up or people were on edge because trust had gotten so low and people were extra isolated because of Covid. It’s been beautiful, and not surprising to me actually, how quickly the elders in these communities have embraced our outreach and each other,” he says.

Along with VIST member, Patricia Waters, Terrell is at Klondyke at least twice a week. As the relationships deepen and grow, so do the activities and the community brainstorming and engagement. Leslie says, “Ernestine and I have gotten a few other neighbors from our block to come to bingo and the activities but still there are some – especially younger moms – who are still kind of scared to come out of the house.” It’s a troubling fact that Ernestine and Leslie say they are feeling more empowered to help change. The more they’ve engaged with the VIST team and their neighbors, the stronger their determination. Ernestine says, “I think I deserve to have peace in my house, everyone does! It’s scary when there are people raging in the street. I have to turn up my TV real loud to drown out the sounds and when that happens, it just keeps trust low in the neighborhood, and no one comes outside.” She continues, “This is a beautiful place, and it could be a better community for the kids. We could build up our parks and make more gathering spaces. It’s beautiful here, look at the view!” Leslie adds, “We can’t work on trust and community building and bringing up kids in safety if we don’t know each other and if there’s no place to gather.”

The VIST team recently took a dozen residents of Klondyke and Hillcrest out for dinner at Vinnie’s Neighborhood Italian Restaurant. “That was the most fun I have had in years!”, Leslie says. Ernestine interjects, “Me too! We laughed so much. The food was very good, and Leslie ate more than I’ve EVER seen her eat. It was so fun!” Terrell says one of the ladies in the group told him it was her first time ever sitting down to eat in a restaurant, and another shared that she’d not been in a nice place like Vinnie’s since she was a child and she and her father were told to leave a restaurant because they didn’t serve Blacks. It’s clear the outings are “bringing up” a lot and also are providing a safe space for sharing and healing. The new friends from Hillcrest and Klondyke are now keeping up with each other and have begun trading ideas for ways to strengthen their neighborhoods. Ernestine says, “I wouldn’t be afraid of outings now. I wish we had more with men and women from the neighborhood. We could get out of here and see what is going on around town, so we feel like we are part of Asheville.”

Leslie has specific hopes for her new community, and with a growing circle of friends and cross-town relationships, she’s feeling empowered to make a difference. Leslie says, “We, as the older generation, want to find ways here to get to know the young parents and their kids. That way, if they need to go out for something and don’t want to get the baby out of the bed, they can come knock on my door and I could come sit at your house for 30 minutes while you go out, that kind of thing. But that neighborly thing only works if they know me and I know them. That trust has been broken and it’s hurting every generation. Terrell and Patricia are helping to build that back up in our neighborhood.” 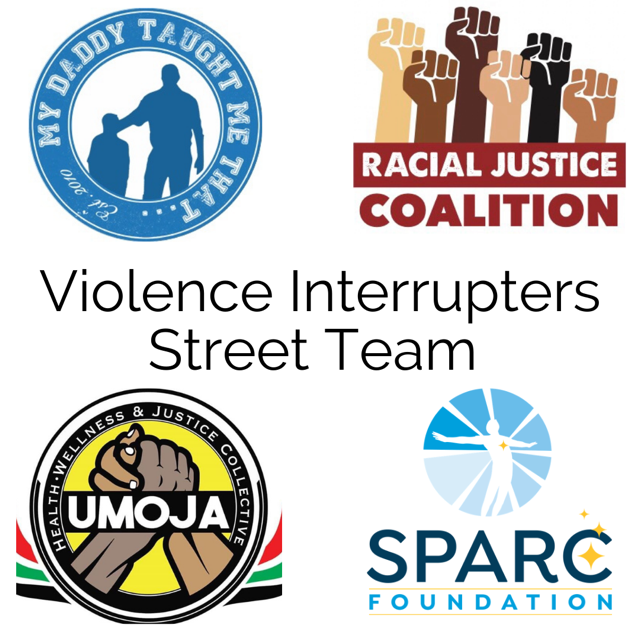